Why This Digital Exhibit Exists 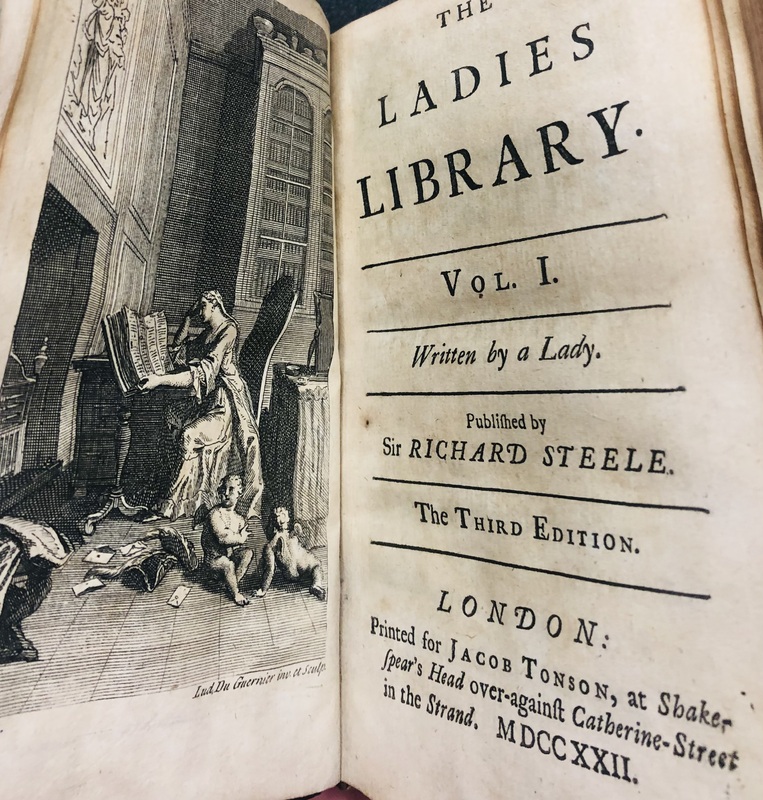 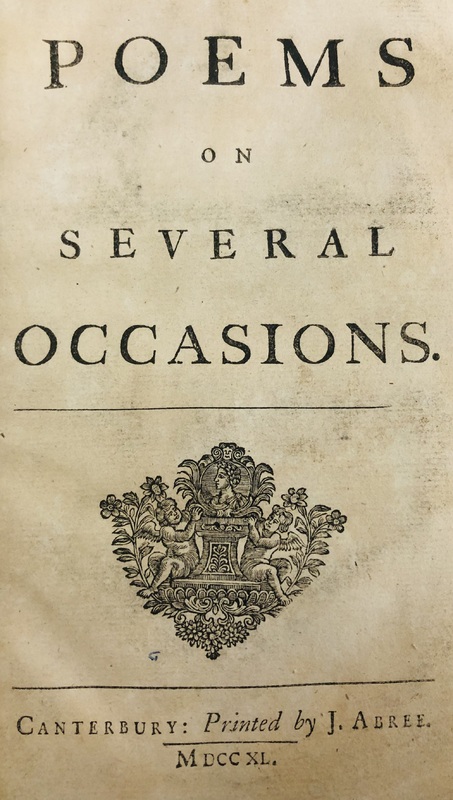 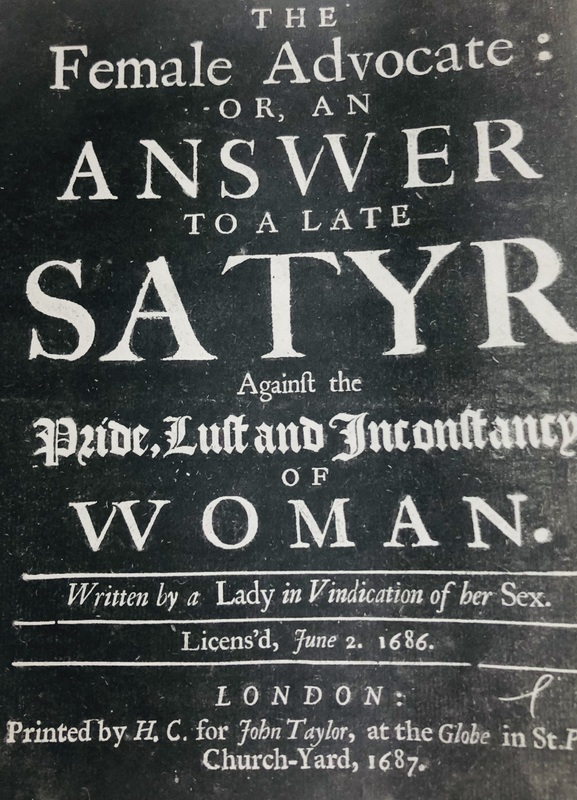 Answer to a Late Satyr 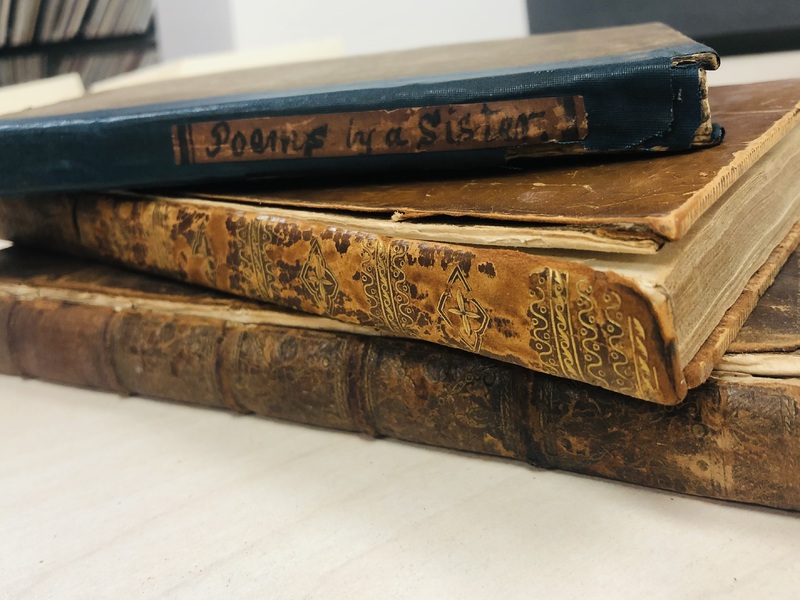 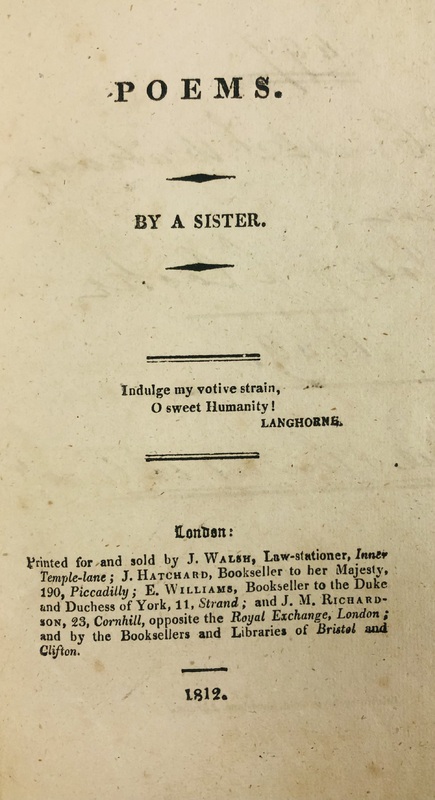 Poems. By a Sister. 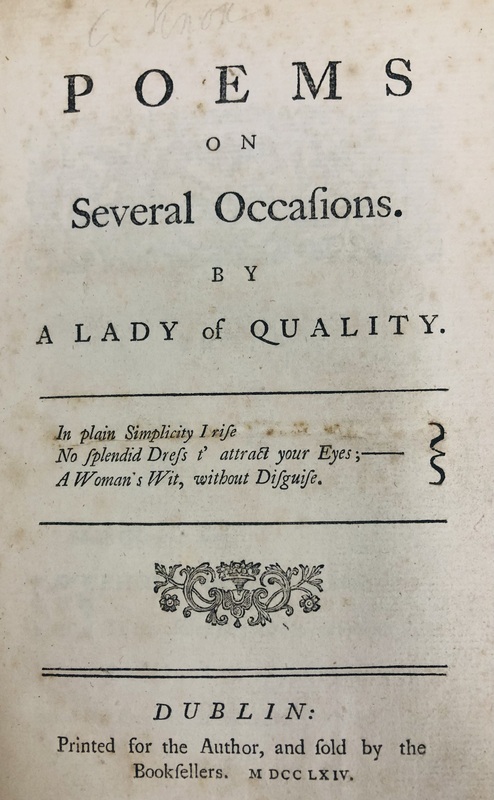 Anonymous publishing represents an era of progressive change in the literary community that has gone largely unnoticed and undervalued. However, many of these colorful, well-written, and innovative works are virtually invisible to educators and scholars because of their fixed obscurity in digital databases.  In an interview between Kate Moffatt, Kandice Sharren and Lawrence Evalyn, they discuss how “works that disappear–are authorless works,” (womensprinthistoryproject.com). Databases largely rely on name authority records to search for texts, as described by Kirstyn Leuner in her article, “Restoring Authority for Women Writers: Name Authority Records as Digital Recovery Scholarship.” Anonymous works are difficult to search for, and their scholarly audience is considered a niche in the community. However, scholar Emily Spunaugle acknowledges that "as many as 80% of new novels published between 1750 and 1800 were published without authors" (emilyspunaugle.wordpress.com). Digitization of texts like Mary and Her Cat and Lessons for Lovers prevents these works from being lost to the literature community, and provides awareness for underrepresented genres such as anonymous texts and children’s literature.

The consequences of these realities have a greater impact on the study, history, & recovery of literature, beyond the texts themselves. Many anonymous works changed the scope and definition of literature, acting as genre pioneers, such as Woman of Colour, A Room of One’s Own, and “The Lady’s Magazine.” Anonymous authorship allowed more women to be published, as well as individuals from underrepresented ethnicities, sexualities, and social classes. Digitization is the first step in recognizing and preserving the monumental ripples and changes that the 18th century anonymous community has done for literature, today.

The next step, as presented by Lawrence Evalyn, revolves around the issue of “Authorless texts [becoming] predictive because of a failure in investment in digital infrastructure,” (womensprinthistoryproject.com). If the creators and maintainers of digital databases only value and prioritize ‘good English literature’ that is written by a single, dominant demographic, then we will have failed to finish what those literature pioneers started. Kirstyn Leuner, author of “Restoring Authority for Women Writers: Name Authority Records as Digital Recovery Scholarship,” observes how “women in book history can only begin to be recovered once they can be reliably found and researched in library catalogs,” (22). Name attribution overwrites other search engine criteria for these works, because instead of databases prioritizing women’s history or anonymous education in literature, they attempt to profit from traditional ‘classic’ titles. Leuner summarizes, “If we ‘recover’ an author’s work by creating a digital edition of a text but fail to create a name authority record for the author to make her findable, more women and underrepresented writers will become vulnerable to forgetting, even if we add electronic editions of their books to the growing digitized corpus we use to study literary and book histories at scale,” (26).

The Marguerite Hicks Collection in particular, is not only “one of the first intentional collections of works by and about women from the seventeenth and eighteenth centuries to be gathered by an American collector,” (digitalcollections.library.oakland.edu) but also contains a variety of different forms of literature, other than the celebrated novel. “The Collection features broadsides, novels, cookbooks, political tracts, educational texts, sermons, plays, poetry, and more,” (digitalcollections.library.oakland.edu). Evalyn finds that these ‘marginalized works’ are considered ‘less urgent to process’ because they’re not what people want to see or donate their money towards. He asks, “Is it a problem that we haven’t digitized non-literary materials?” And, “What gets lost? What do we not see?”  (womensprinthistoryproject.com).

In the 18th century literature community, women, queer folk, and ethnic minorities utilized the window of opportunity of anonymous authorship as a way to voice their opinions, art, and cultural experiences. It is vital that while figures in power tried to silence their voices then, that we do not make the same mistake now.